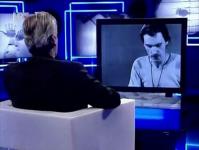 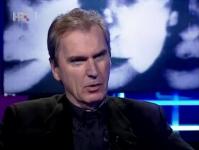 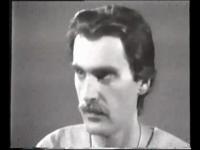 Video available only in physical archive
Title: Dalibor Martinis 1978 Talks to Dalibor Martinis 2010
Duration: 00:09:52
Year: 2010
Genre: Experimental video / Performance
Production: RTV Croatia
+
MORE
Country: Croatia
Language: english, croatian
Url: http://www.dalibormartinis.com/
SYNOPSIS
The video is a time-travel project with a 31-year span. In 1978 artist Dalibor Martinis, at the age of 31, made a performance in the format of a TV interview. The performance was held and recorded in The Western Front Art Centre, Vancouver in front of live audience. It was then that the first half of the piece was created, as a fictional interview by the artist with himself, who, some 31 years later, was to give answers to the questions he asked himself. The questions were recorded on videotape and kept stored for 31 years. On April 13, 2010 Dalibor Martinis, now at the age of 62, faced Dalibor Martinis from the year 1978, and answered the questions in TV program "Second Format" broadcast by 2. channel of Croatian Television on April 13 The first question was: "Is Dalibor Martinis alive?" (Source: Dalibor Martinis)