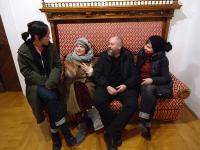 Dr. Xenia is a newly formed common multi-gendered entity. Xe consists of an intertwinement of four people (the artists Andreja Džakušič, Keiko Miyazaki, Iva Tratnik, and Simon Macuh), who in the past participated in various mutual connections, but never in such a form. Dr. Xenia is thus a middle-aged collective person, who unites different identities. Through education, upbringing, and work xe has formed into an active, even activist persona, who does not believe that the world can be changed, but who wants to do just that. Xe describes xirself as an ‘ethical, collective body’, which means that xe has to constantly strive for xir own tolerance of all xirs components, statements, and actions. Through the creative process, xe attempts to emancipate xirself first and then include also others as active spectators in it. In xir performative actions, xe thoughtfully employs simple humorous mechanisms, by means of which xe reflects and at the same time subverts socially established patterns of behaviour. Through xir works rich in meanings and associations, xe invites viewers to active interpretation and joint debate, though which layers of meanings are revealed. In Dr Xenia's words, xir aesthetics is relational in Rancier's sense, as xe sees its public as active, thinking subjects, rather than passive consumers of simulacra of spectacle.
(Source: excerpt from curatorial text by Vesna Bukovec, Ana Grobler and Sebastian Krawczyk for the exhibition ob razstavi Dr Xenia: The Fourth Corner – Rights for Our Fights (27th International Festival of Contemporary Arts – City of Women), Alkatraz Gallery, 2021) 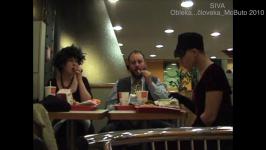 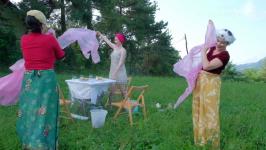 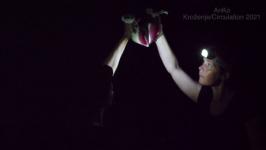 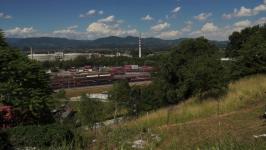 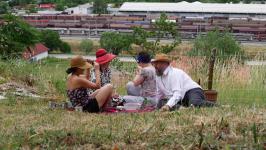 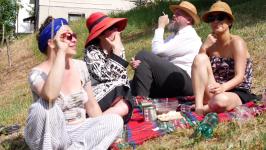 Dr. Xenia, Andreja Džakušič, Keiko Miyazaki, Iva Tratnik, Simon Macuh - Fart Roulette (06:39)
Production: SCCA-Ljubljana, Galerija Alkatraz, Festival Mesto žensk, 2021
The performance Fart Roulette is actually a picnic on the grass, which can be reminiscent of Manet's famous painting, although this time, everyone present is dressed. The title refers to Russian roulette, and the authors shoot farts instead of bullets. Th... 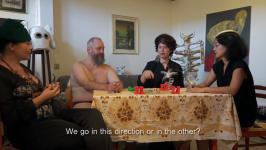 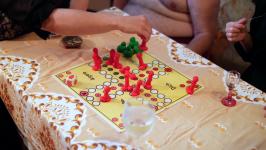 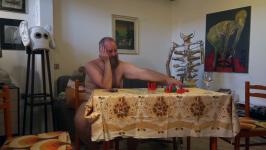 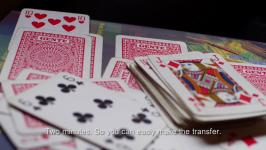 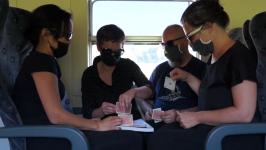 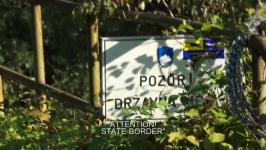 Dr. Xenia, Andreja Džakušič, Keiko Miyazaki, Iva Tratnik, Simon Macuh - The House of Cards (06:45)
Production: SCCA-Ljubljana, Galerija Alkatraz, Festival Mesto žensk, 2021
In the performance The House of Cards, Dr Xenia does not travel north or west by train, but in a south-easterly direction. On the route that led to Kumrovec in the previous country, but ends at the last station in front of the Croatian border in the new c... 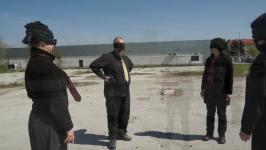 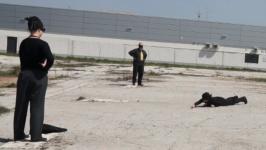 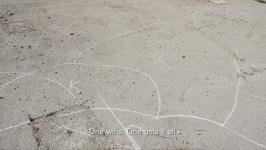