]"1983/Blue movie" was made on the basis of Memon's Diploma Work at the Florence Academy entitled 'History of Art and Non-Narrative Cinema', with references to film makers, such as Stan Brakhage, Kenneth Anger, Andy Warhol, Maya Deren, Sergei Eisenstein and video makers as Vito Acconci and Dennis Oppenheim. He made it while working as a Fulbright scholar on his MFA at PRATT Institute, Brooklyn, NYC, where he could use their facilities and premiered it there as his thesis show was based on it.
Video is an intimate narrative of the author immediately after his arrival to New York. These became the central motifs and themes of this work, and formal meditation on the terms of Artist Cinema, non-narrative film and video performance art. The author demonstrates fascination with the monumental urban spaces, architectural structures and the position of the individual in the middle of this surrounding, while exploring their aesthetic and artistic elements. He situates his body in a relationship with the city by sitting in a small room overlooking the cityscape. Repetitive sequences of the film and video works are presented without sound. In a non-linear narration, the artist is looking for a variety of formal visual effects. The film was shot using a special technical process: first as a black-and- white video, then played on the screen and recorded with a Super 8mm film camera, then the material is re-recorded in the art color video - hence the blue colored recording. Video work can serve as an independent screening. Several times, it has also been screened as a visual element in sound (noise electric music) performances by the author.

+
VIEW ADDITIONAL TEXT
"1983/Blue Movie" deals with a couple of basic elements: the body, literature, and the city (New York), as well as the inner structure of an image, and cinematic rhythm. The nature of the image itself produced a static offshoot of this work that consists of large photographs and metal panels. At that time, I wanted to merge music with my work, so at different occasions I presented my movie with three guitar players performing live (mostly noise) as a background to the projection. The imagery is a bit apocalyptic merging urban decay with deconstruction of the image itself. There is electronic snow over a blue Manhattan skyline which are almost like electrons of nuclear radiation after an atomic blast. The reason for this metaphor is that at that time there was dangerous tension between the U.S. and the ex-Soviet Union: the U.S. was deploying anti ballistic missiles in Western Europe, and Reagan remarked that he would ?start bombing in 5 minutes?.

Revisiting this movie twenty years later, this apocalyptic urban vision has unfortunately a new resonance, because apocalypse became reality, so the images from the movie of the twin towers and electronic snow over Manhattan skyline in our age of terror and paranoia have a new meaning. Next to the images of the monumental decaying city, is an experience of a New York City that in retrospect, is hard to remember. This vast, spectacular decay, inspired street culture and art based on it (especially graffiti.) There was also the myth of New York City best represented by Warhol with his movies and the Velvet Underground; contrasting with the city is my own body in a basic counterpoint to the concrete jungle. To this basic duality I insert a third element - that of literature. I started to work on the movie the moment I arrived in NYC as a Fulbright scholar doing my MFA at Pratt institute. I had no expectations about what this city will be for me. I had one vision of New York formed in my head based on my fascination with what I perceived as underground culture emanating from this town. Very quickly I found my natural stomping grounds in the East Village, where countless other kids followed the same muse. It was fantastic: they were from everyway, from Europe, Japan, Florida or any other spot on the globe. It was glorious and sinister at the same time, because the city was there like Rome already shaped in timelessness, and we were just new flesh and blood feeding this cold pulsating monster. Later on, I was making jokes about new arrivals and how quickly the fresh rouge on theirs cheeks transformed itself into gray patina that transcends all the classes, from rich to the poor. Experiences were condensed, in a short time you lived years. Things could turn ugly very fast. Suddenly people you knew, your young friends started to die of a strange disease. It was as if a nightmare became a reality or biological science fiction; the most outrageous one became reality. That autonomy, that space of freedom that was trying to be carved in lawlessness and decay of Lower Manhattan held a serpent and an apple. In a way, those shots of the city in my movie, driving across the bridges are clich?s, but are sincere ones and now are documents of time that is no more and gone. Those cars, WTC, trash in Dumbo, the mother with a child crossing the street on a gloomy Bowery.

When I used my own body instead of my friend's, I was sensing my own and others fragility. My naked body is surrounded by long shots of a flickering, menacing urban landscape. This machine caught my body, a lady waiting for a bus under the bridge, an old Chinese couple, and a mother in its all fragility trying to bring her baby to safety on the other side of the Bowery. I was alone with the camera in my room with a collection of German Expressionistic poems in my hand. I knew Rimbaud was the big muse of the New York punk and art scene, but I preferred George Trakel, a young Austrian expressionistic poet, who in disgust with the horrors of WWI on the Russian front, committed suicide with an overdose of cocaine. So I was reading those poems in that doctor Caligari room. My words are mute, because they are not meant to be heard, what is supposed to be heard is the hum of the film projector, the noise of 3 or 4 electric guitars my friends were playing, or just silence and the thoughts of the viewers. Standing there with the light coming through my window and washing over my body, I was thinking of a couple of years earlier in Florence as an art student and of Leonardo's chiaroscuro. I reduced everything to basic turning on and off of the camera and my body on auto-erotic mode. (Emil Memon)
SERIES
1983/Blue Movie 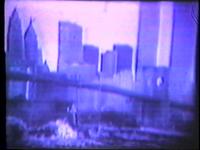 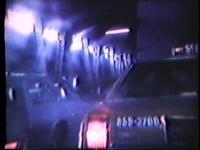 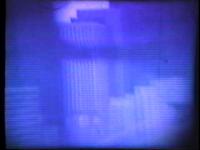 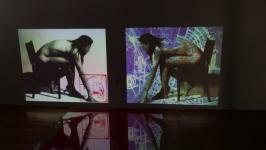 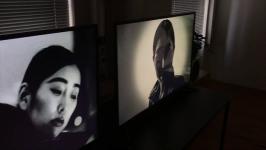 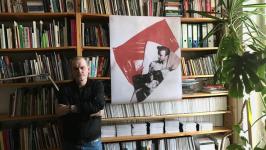 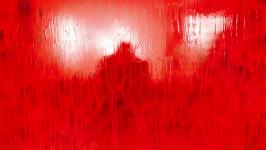 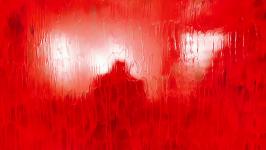 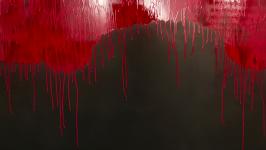 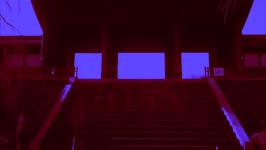 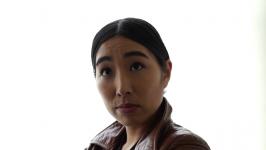 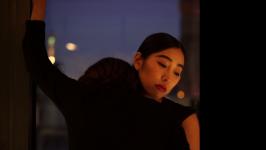 Emil Memon - Mishima Film (03:51)
Production: 2017
The film takes place in New York City. The prolific author, Mishima, arrives from Tokyo to promote his new book. He has conversations, monologues, and searches for meaning and love. Memon began planning the film before 2004; he wrote the screenplay, creat... 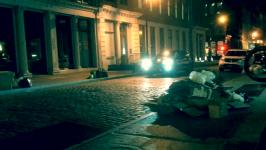 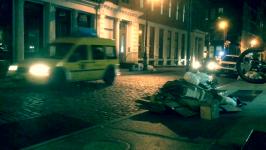 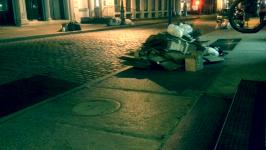 Emil Memon - Twilight of the Gods (09:33)
Production: Emil Memon, 2016
Video was shot in NYC’s Soho, once an important neighborhood for the arts, a number of galleries and artists living and working there, including Emil Memon for a few years. The streets in 2016 seem to be more abandoned and empty than in the time of... 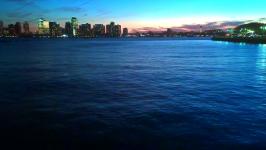 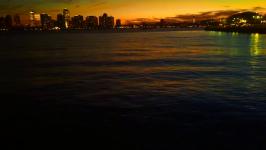 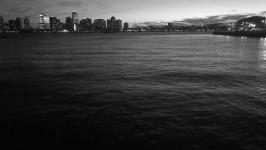 Emil Memon - Washington Sq. Valhalla (12:16)
Production: Emil Memon, 2015
Emil Memon envisaged the video on a hot day in August while sitting in Washington Square and playing with some of the music Apps on his IPad. He then layered electronics and beat and recorded the song in his friend’s Brooklyn music studio with his v... 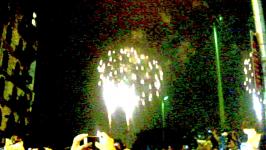 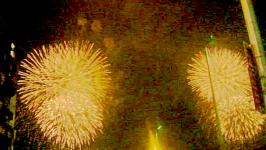 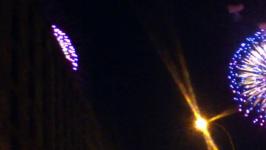 Emil Memon - Fireworks / Hot in a Disco (25:46)
Production: Emil Memon, 2014
Video consists of dystopian footages of the spectacle of the 4th of July Independence Day celebration on West Side of Manhattan recorded two years in the row (2012 and 2013). Each year Memom took the same spot of shooting the fireworks. Yet, it is far fro... 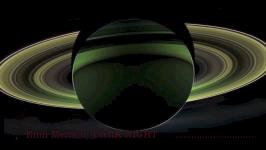 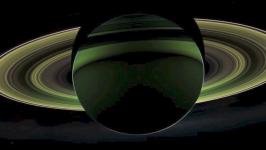 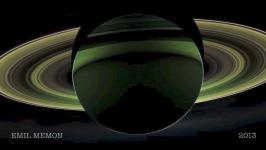 Emil Memon - Dark Night / Titan (04:30)
Production: Emil Memon, 2013
Video "Dark Night" is a part of the set of "Music Videos", compressed works, merging music recordings with visual images as signifiers. Some of the music tracks are more Pop studio recordings with a band, some, as is the case of the "Dark Night" music tra... 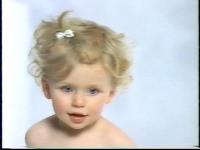 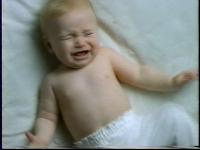 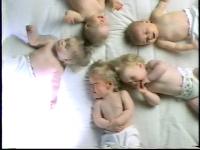