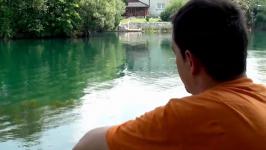 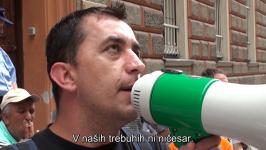 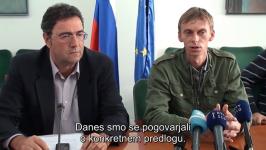 Video available only in physical archive
Artist: Nika Autor
Title: In the land of bears
Duration: 01:12:33
Year: 2012
Genre: Documentary video
Production: Obzorniška fronta
+
MORE
Country: Slovenia
Language: croatian
Links: http://www.autor.si/bears.html
SYNOPSIS
In 2010 and 2011, the huge Slovenian construction sector, which employed more than 70,000 foreign workers, collapsed, leaving behind it debts, halted construction activities and exploited and unpaid workers. Most employed workers came from the territory of former Yugoslavia, especially Bosnia and Herzegovina. While the government silently watched the exploited, underpaid, unpaid and humiliated workers, the accumulation of wealth on one side led to the accumulation of indignation and resistance on the side of the exploited and those struggling against exploitation. Because the competent state bodies, the mass media and the broader public had failed, the self-organisation of workers was inevitable. They demanded better living conditions, the payment of unpaid salaries and social security contributions, equal opportunities, etc. Armin, Aigul and Esad take us through particular stories and specific areas of work (activism and the construction industry), making them general and universal.
(Source: Nika Autor)

NOTE: On the artist's request, the full video is not published on-line; it is kept and on view only in the DIVA Station Mediatheque at Metelkova 6, Ljubljana.

+
VIEW ADDITIONAL TEXT
Jurij Meden, The future of cinema in the land of bears (pdf)
OTHER WORKS 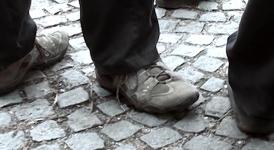 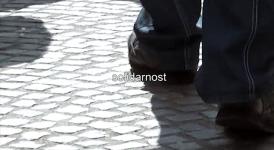 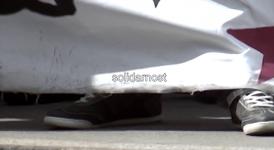