The idea of ​​intervention arises from the question of the discourse of time in a modern society. This has "shrunk" at the mental level and it seems that 24 hours a day is no longer enough to perform all the tasks required by the pace of modern life. As a metaphor of the economy of time in the public space, I summarize the shortcuts - human traces across grass surfaces created with the aim of faster crossing. I intervene next to existing shortcuts by making 'longcut'. It is technically a transfer of Richard Long's land art intervention into an urban area within a changed context. So, 'longcut' is created by walking forward and backward along the same path. It starts and ends at the same point as the shortcut and thus becomes an alternative to the alternative. Passengers can decide which route they will take. If one chooses 'longcut', one finds oneself in the absurd situation of tracing the curve over a grassy surface that no longer has anything in common with the shortcut's function. The gesture of walking forward and backward is at the same time a performative act that resists to constant hurry and is meditative in nature. (Source: Danilo Milovanović) 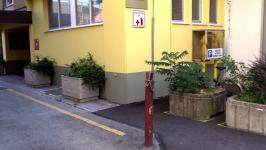 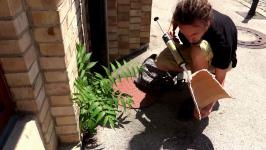 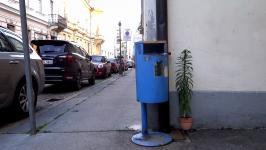 Danilo Milovanović - Cultivation (00:03:17)
Production: D.M. in Vstop prost, 2018
Simple street art intervention focuses on plants that have grown up from gaps or damages in architecture and streets. Due to their invasive nature they are usually automatically recognized as intruders among decorative plants shaped by people’s tast... 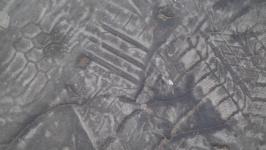 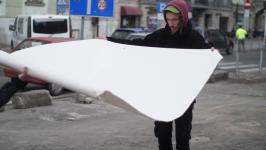 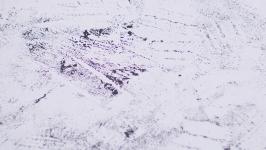 Danilo Milovanović - Bitumenography (00:02:16)
Production: 2018
Video documentation of an intervention in a public space. The artist made a large-scale graphic print from a bitumen-coated street surface. He selected the surface from bitumen as an illustration of the presence of a heavy industry on which the city of Ka... 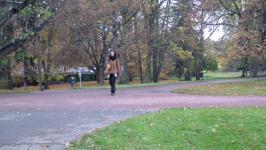 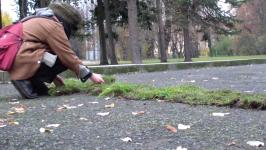 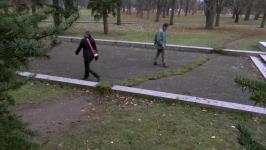 Danilo Milovanović - (Dis)connection (00:04:48)
Production: D.M., 2017
This intervention is a humorous, but actual reaction to the laying concrete on the public, living space. The idea requires a specific location that contains a grassy section interrupted with a concrete section. The grassy part must contain everyday use of... 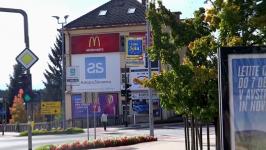 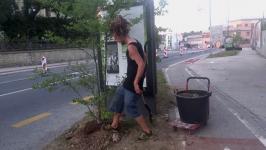 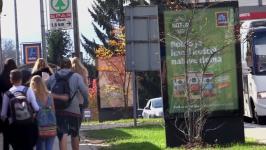 Danilo Milovanović - Intreeder (00:04:15)
Production: D.M. in Fotopub, 2017
Documentation of an intervention in a public space, performed by the artist together with the team of Fotopub festival in Novo mesto. In his public actions, Danilo Milovanović often criticizes capitalist-consumer urban reality in a humorous manner. With... 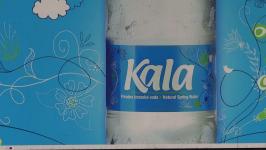 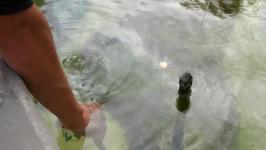 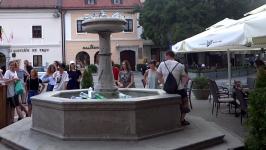 Danilo Milovanović - Plastic Makes It Static (00:03:17)
Production: D.M. in Fotopub, 2017
Privatization and profit-making treatment of water resources is becoming an increasingly profitable business. Drinking water, which is vital for humans, should in no way be a commercial commodity that fills the shelves of supermarkets in hundreds of... 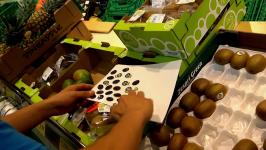 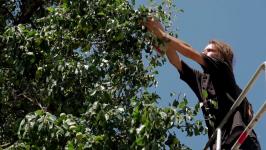 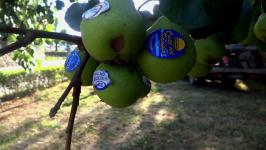 Danilo Milovanović - Product (00:06:27)
Production: D.M., 2017
The goal of the intervention is to place the product, as a cell of consumer society, somewhere where it is not expected. The first step of the intervention is visiting supermarkets and collecting authentic brand labels found on imported fruit. This fruit... 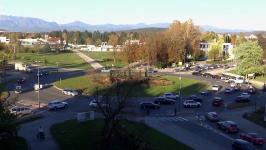 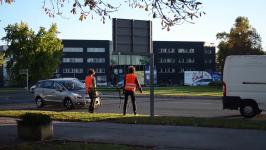 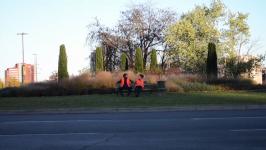 Danilo Milovanović - Roundabout Park (00:07:45)
Production: D.M., 2017
This intervention deals with public space in general. How do we experience it, where are the limits of using it, how do we behave inside of this? I found roundabouts an interesting examples of non-reachable public spaces, due to their position surrounded... 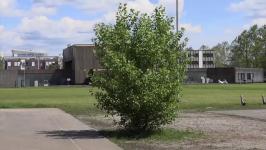 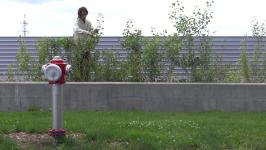 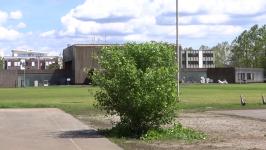 Danilo Milovanović - Urban Plants Cu(l)t (00:03:43)
Production: D.M., 2017
The intervention is a reaction to the design of external plants in public and private spaces. They are usually trimed in geometric forms, thereby making their aesthetic value dominant over the organic nature and biological function of the plants. I am rea... 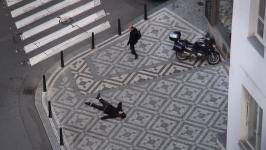 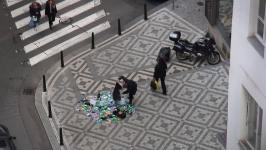 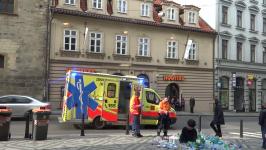 Danilo Milovanović - Cover (00:06:13)
Production: D.M., 2016
Video documentation of a performance in a public space, recorded in Prague in 2016. The artist laid down on the sidewalk, while his friend covered him with empty plastic bottles. The pile of bottles on top of him keeps growing, but passers-by, with except... 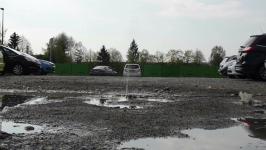 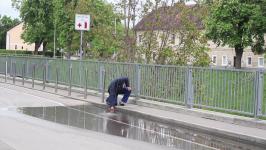 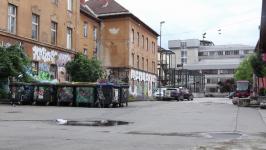