In 2011, precarious workers in the sphere of culture in Slovenia were already experiencing serious signs of crisis. Public resources allocated to culture were dwindling in line with the collapse of the welfare state; and with the first signs of economic, financial and, later on, political crisis, as well as a crisis of values, the art market – which, following the collapse of the socialist system, started being taken seriously in discourse and in feeble public incentives as well as in some very scarce private initiatives – lost any hope of taking off.

Lada Cerar’s project Blow My Bills Away [Odpihni moje račune], which was conceived and first presented to the public in 2012 at Aksioma│Project Space, is the artist’s continuation of an artistic practice committed to the anthropology of everyday life. With its powerful topic, for which the artist in fact created a financial self-portrait, the project revealed in the world of art what the residents of the Slovenian state expressed loudly in the streets of all major Slovenian towns only a few months later.

Like numerous artists, curators, dancers, theatre artists, critics, designers, musicians and other precarious workers in the sphere of culture, this artist, too, experienced a deterioration of her standard of living as soon as the crisis began, for she belongs to one of the most vulnerable groups of workers in Slovenia. Consistent with her artistic practice, she responded to the unbearable situation with an art project and made symbolic use of the material that was available to her “free of charge”. Following the tradition of omiku, which she encountered while travelling, she created a work of art made out of her own paid bills. In Japanese Shintoist and Buddhist temples, they write down their wishes on paper ribbons, which they tie to special stands with strings or to the branches of a real tree, in order to have them blown away by the wind, which would make the wishes come true. Lada Cerar used a small cherry tree for her paper blossoms, made from her bills using the technique of origami.

The lyrical, aesthetic and orientalised installation of an image from nature is a mimicry of that which made it possible. The artist’s bills are exposed to the eyes of the public; through a delicate, alluring image, they assault us with the terrifying spikes of reality.

Within the neoliberal economy, art works are commodities, and this is precisely what Lada Cerar seized upon to point out the difficulties confronting her social class, while at the same time, by selling the work of art – a composition of 18 images, which can be bought separately – she could cover the full cost of the very bills she used to make it.

The art work is worth precisely the value of the material that it is made of. With its sale, no profit is made. The project Blow My Bills Away is a representation of a wish, a political call and, at the same time, a creative DIY mode of artistic creation in an age of mass impoverishment of the individual.

Petja Grafenauer (curatorial text of the exhibition Blow My Bills Away, Aksioma Gallery, 2012) 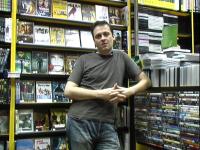 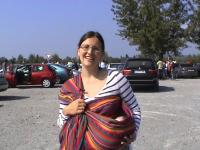 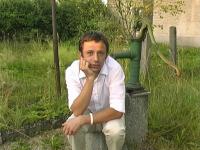 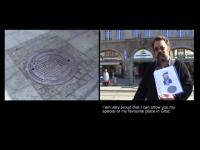 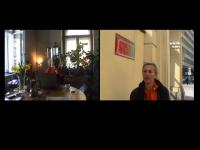 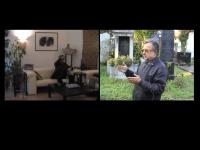 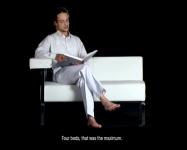 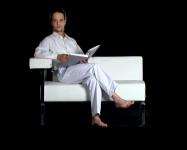 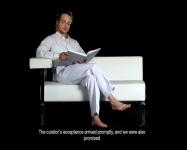 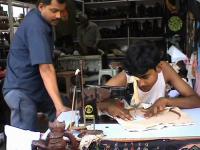 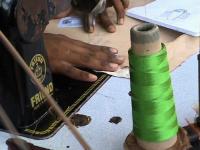 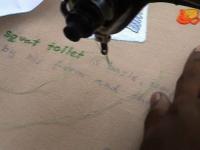 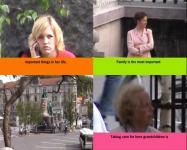 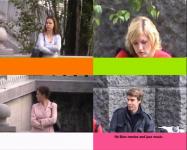 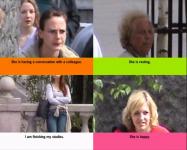 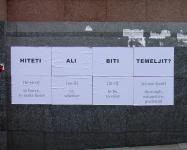 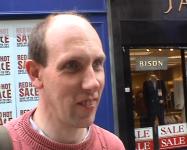 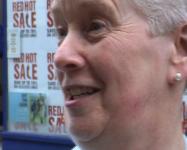 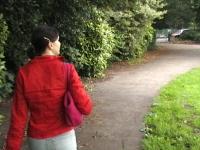 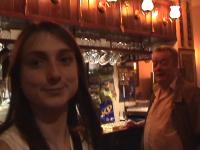 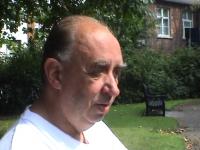