Kugler, Ema
No. 50
"Menhir"
Open player in new window...
Artist: Kugler, Ema
Title: Menhir
Duration: 00:35:16
Year: 1999
Genre: Art Film / Art video
Production: Forum Ljubljana, VPK & TV Slovenija
+
MORE
Director: Kugler, Ema
Script: Kugler, Ema
Cast: Sanja Nešković Peršin, Sebastjan Starič, Demeter Bitenc, Janez Škof st., Matjaž Turk, Damjan Kocjančič, Mojca Kumerdej, Igor Sviderski
Camera: Lupinc, Andrej; Farič, Iztok; Tozon, Miha
Edit: Korda, Neven
Composer: Kumar, Aldo; Majcen, Goran
Country: Slovenia
Url: http://www.filmannex.com/movie/film/529/menhir
SYNOPSIS
Urbanity is finally erased with mythological rituals, which is defined by the title of the video film: menhir, a large upright standing stone from the Neolithic Period which was used in sacred rituals. A man and a woman are Adam and Eve who are formed before us with electronic transformation (morphing) and are marked by blood, which also marks all the other elements of the video image: murder of an individual committed by a menhir or the trinity (politics, church, army), bodies of dancers. Blood, murder and death are only beaten by the second basic element: stone which is in the next moment drenched in blood. Electronic tricks, which turn rulers from flesh and blood into stone and vice versa, also act in the battle between natural elements.
+
VIEW ADDITIONAL TEXT
The artist explores fundamental, distressingly infinite, or even banal issues as the instinct for love that enables the subject to complete him or herself in the Other, Nature, or Cosmos; or the instinct for death that enables the subject to anticipate the completion with nothingness, or with the experience, which transcends the experience of life. These embracing problem of human species certainly connote various sub-questions, for instance about the instinct for touching of or violence over our own body, or the body of someone else; about pleasure and pain; and about the experience of the lethal wound, or the kiss of life. (source: Eda Čufer, The Lethal Wound, the Kiss of Life, Delo, 16. 9. 1998)
OTHER WORKS 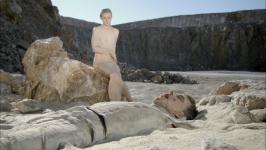 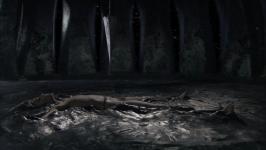 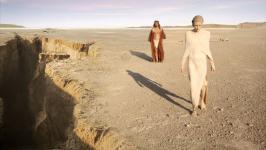 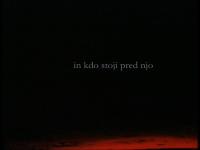 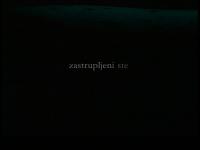 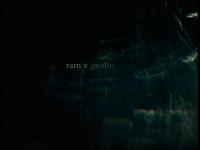 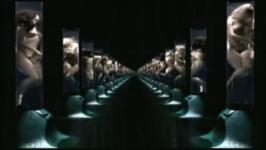 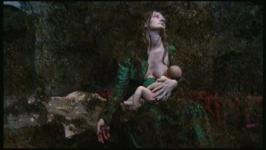 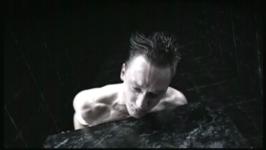 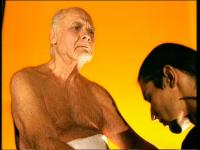 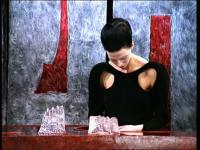 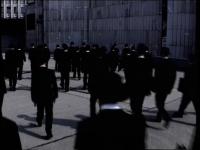 Ema Kugler - Homo Erectus (00:43:28)
Production: ZANK, 2000
This video features no words, only music and images. Ema Kugler describes the moving images as: “They are like a dark, surrealist dance of everyman with his own death. I have seen all these images. They came from the darkness of my subconsciousness, col...
Ema Kugler - Postaja 25 / Station 25 (00:30:08)
Production: Forum Ljubljana & VPK, 1997
The artist continues with her main preoccupations: the relationship between a man and a woman, the irruption of the mythical into the rituals of everyday life. The video film uses the numerous potentials of electronic manipulation of the picture. The fine... 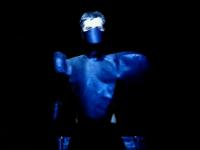 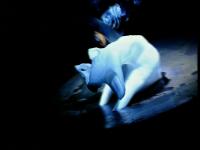 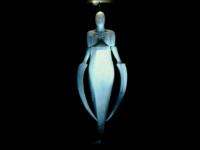 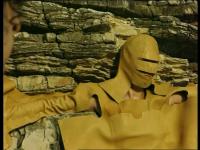 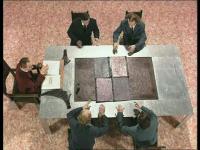 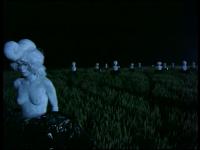 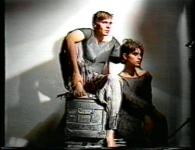 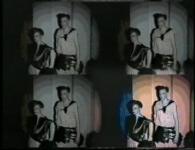 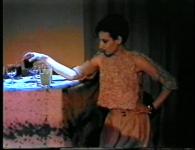