The selected video works are to present Slovene video production of the past two years. They are divided into three programs: art video, video clips, and video dance. In the Slovene cultural milieu, these internationally approved genres, or terms, intertwine more than it would seem at the first glance: almost all video authors have tried their hands at more than one genre. Yet the process of shooting and the manner of narration, as well as the transformation and editing of the images, conform to the basic intent and predominant genre of every particular video.

The Slovene environment witnessed a growth of mass video production only in the eighties. Previously, video was more or less an exclusive and almost inaccessible medium. The first video tape in Slovenia was made in 1969 by Nuša & Srečo Dragan, members of the OHO group, the only Slovene conceptualist movement in the seventies. The video tape was actually a frozen image with changing inscriptions. In this “pioneering” period, video was conceived and used as a new medium of direct and interactive communication with the participants, or simply as documentary registration of artistic ideas, actions, or events. The duration of these videos depended on the length of the actions, and the image was simultaneously - without a delay - screened on the monitor, thus constituting the unity of actual place and sound, of real time and action. Then Miha Vipotnik, a Slovene video artist, started to produce entirely different video works in the late seventies, and he also made the first video clip with the music group Na lepem prijazni. He worked in TV studios, and by means of video synthesizer he took advantage of all technical possibilities of the medium (editing and transformation of the material, manipulation of colors, forms and sounds). On the other hand, the Slovene painter Emil Memon was shooting ambient video works in the spirit of Andy Warhol’s films and the Velvet Underground music, and later even transferred the frozen images from video onto canvas.

The scene opened wide in the beginning of the eighties. The video equipment was becoming more and more available, and although it was not of high quality and allowed merely for a rough editing process, it had unimagined impact on a number of protagonists of “the Ljubljana alternative scene”, and through them on the social and cultural context of the time. Produced were numerous documentary videos, videos d’auteur, and video clips with emphasized contents and messages. Video played a role similar to Polaroid and Xerox: it was an “instant” medium which was cheap, accessible, and not submitted to control and censorship. Since it was not hindered by traditional codes, the video works of the time explored social and cultural issues, they disclosed functioning of ideological mechanisms and the aesthetic effect, and openly unveiled marginal and taboo themes. One of the prominent characteristics of the then video production in Slovenia was its strong connection with mass culture one the one hand, and an elaborated and constructive theoretical background on the other. Besides, video also formed part of various multimedia projects and performances (FV 112/15, Marko Kovačič, Borghesia, Kolaps). The Škuc-Forum video production acquired a specific position which cut deeply into the social consciousness. Marjan Osole - Max has founded the Brut Film production. Apart from being the author and producer of numerous video tapes, he - together with Bogdan Lešnik - devised the program for ATV, the first independent television studio (which unfortunately never started to operate). In the eighties, Cankarjev dom in Ljubljana organized three International Biennials, VIDEO CD; the Disko FV club produced and presented various video programs; the ŠKUC Gallery opened weekly Video-Box-Bar; the Ekran magazine introduced a special column on media.

The main characteristic of video production in the late eighties was the concept of individual authorship. Nevertheless, only few artists specialized merely in video. They originated in various social and artistic contexts, being primarily visual artists, film directors, designers, or journalists, who used the video medium just as another means of expression, or as a constituent part of their Gesamtkunstwerk practice. Consequently, the starting-point and the form of presentation of their work became much broader: almost as a rule, the authors utilized the form of video installation (Nataša Prosenc, Jasna Hribernik, Srečo Dragan, Marina Gržinić & Aina Šmid), video sculpture (Marko A. Kovačič, Darij Kreuh), or video clip (Peter Vezjak, Mateja Klarič, Sašo Podgoršek, Mirko Simić, Marko A. Kovačič).

Nowadays, video works in Slovenia are more or less products of elaborated scenarios and shooting scripts, of large crews and high technology. The blue key or croma key procedures, used for stratification of visual material, have become almost indispensable; the appropriation of ready-made (documentary) material (directly from TV) is still very frequent; narration and acting (performance, theater, dance) are prominent.

We can say that in its 25 years’ history, the video medium in Slovenia has made a great transition as to the contents, the technical equipment, and the form of expression: from more or less simple and direct, smoothly and slowly running images (gestures, actions), to quickly alternating shots and elaborated narration. Video has become similar to film, or theater, and the post-production process is more and more decisive and complicated. But contrary to the predictions made in the eighties, the (professional) video technology has not turned more accessible. Despite the fact that video is now being taught as a special subject at the Ljubljana Academy of Fine Arts, video artists are scarce, and even scarcer are the new ones. The advanced technology that has become prerequisite for almost every video production, is limited to the national television and few private studios (e.g. Video Production Kregar), which beside V.S. VIDEO - Forum remain the only video producers in Slovenia. There is no information and distribution network, no comprehensive documentation, analysis and interpretation of Slovenian video works. This remains to be done in a constructive collaboration of all interested parties which are seriously engaged in the production and presentation of video.

And, finally, what about the actual position of video within the frame of Slovenian art? Every fresh video work has its well attended premiere screening, and it is also shown on the national television. Then it enters the process of program selection at various international video and media festivals - where lately, to be frank, Slovenian video works have been quite successful and won quite a number of awards and prizes. But none of the video festivals formerly held in ex-Yugoslav countries (Sarajevo, Skopje, Belgrade, and Ljubljana) persists. The first video festival in the independent Slovenia was organized in Idrija in 1992, but it seems that it was held once and for all. So the only larger video event the last few years in Slovenia remains the International Video Dance Festival, organized yearly by the Ljubljana Dance Theater. 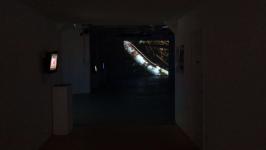 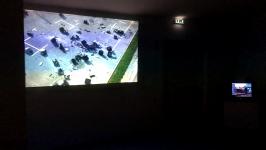 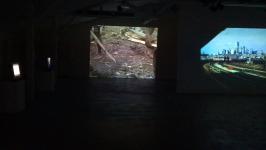 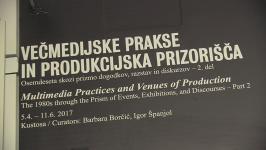 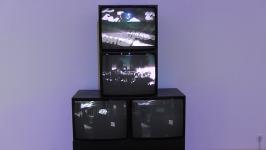 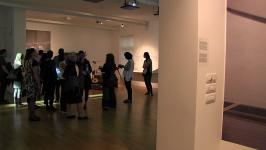 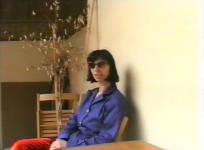 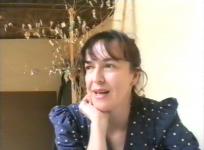 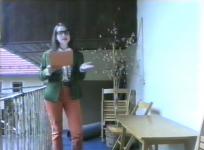 Barbara Borčić - Performance, Ritual and Memory (Women Beyond Borders) (00:04:26)
Production: SCCA-Ljubljana, 1998
Performance, Ritual and Memory was an exhibition project with which SCCA-Ljubljana (Soros Center for Contemporary Arts - Ljubljana) participated in the international art project Women Beyond Borders. In the choice of Barbara Borčić, three artists from S... 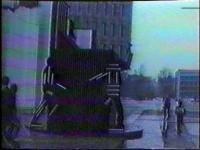 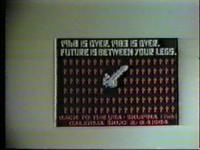 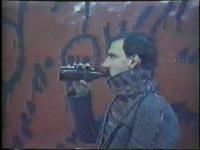