Computer animation is a music video for a song by group Borghesia. The author uses formally simple animation, which due to light line on a blue surface, creates an illusion of depth. Strong contrast functions aggressively. Animated anthropomorphic figures move together and one against the other, but there is always tension between them. The animation is author's interpretation of estranged and shallow civilization. (DIVA)

Video is a part of "So Young", a compilation of the Borghesia music video clips (So Young, The Wild Bunch, He, Too Much Tension, Cindy, A.R., ZMR), issued in 1985 as the first video cassette in Yugoslavia by the FV Label and successfully distributed via alternative channels. Videos are short, almost "film-like" stories focused primarily on the iconography of the body in urban surroundings. One of them presents a pioneer use of computer graphics. (Source: Videodokument) 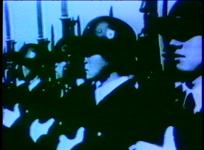 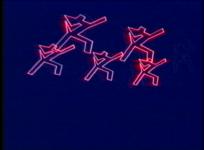 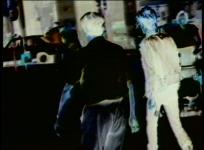 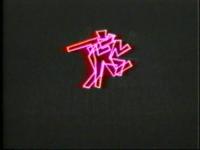 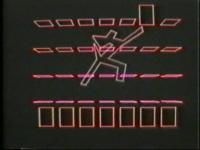 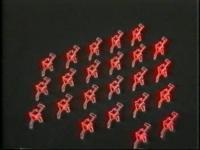